In the May DC Software Craftsmanship meeting we tackled the Spiral Matrix kata. The instructions for this one are simple and are best illustrated by the examples below: 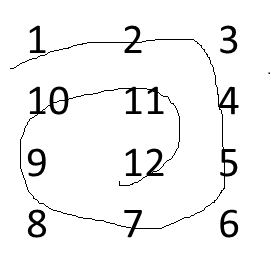 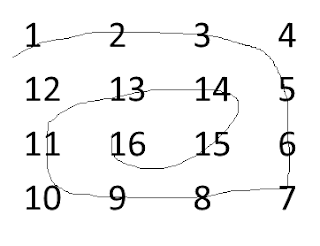 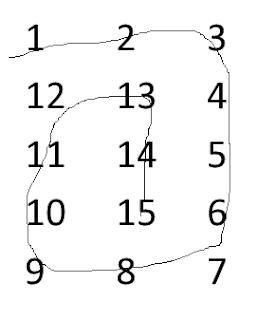 You Build It, You Run It

In my previous post, I described the changes that Jez Humble believes an organization needs to go through to enable DevOps. In this post, I’ll describe why Jez is encouraging organizations to align around products instead of projects.

On average 29% of an IT budget is spent on new system development while 71% is spent on maintaining existing systems and adding capacity to those systems. This is because organizations do not retire applications. A lot of money is being spent on maintaining mission critical applications. Some of these applications are even running on software no longer supported by the vendor. More money is being spent on applications that have part or all of their source code missing. This is mainly because once a product is delivered to production, the project team that built it is disbanded and team members move onto different projects. Organizations have no way to rationally decide what to retire. Everything is rolled up into one budget and there is no clear way of deciding what systems are generating value and which are not.

Amazon applies the motto “You build it, you run it”. This means the team that develops the product is responsible for maintaining it in production for its entire life-cycle. All products are services managed by the teams that built them. The team is dedicated to each product throughout its lifecycle and the organization is built around product management instead of project management.

Using this approach, teams can measure cost and value delivered per product team. Teams can rationally determine what to prioritize in their product backlog and teams can self-manage using a lean startup methodology. The architecture groups becomes responsible for regulating and monitoring system-level attributes while the PMO regulates and measures to prevent “market failure” and external factor. Some Ops team members will move to work with the product teams while other Ops team members are no longer responsible for supporting the application but instead manage the infrastructure that applications run on. It is kind of like an in house infrastructure as a service with Service-Level-Agreements for the product teams.

Using a product management approach, the organization now has budgets for product teams instead of new development or maintenance. Budgets are no longer lumped together, but are instead dedicated to specific product lines. Each product team needs to make the case why their product needs funding based on the business value that it generates compared to total life-cycle cost. Using this approach, organization can now make business decisions as to which products to innovate on and which to cut or retire.

Adapted from  Enterprise DevOps: Breaking Down the Barriers between Development and IT Operations @ADP East 2011
Links to this post

In a previous post, I discussed how Jez Humble made the case for the need for continuous delivery and DevOps. In this post I’ll cover the changes that need to be implemented to enable DevOps.

Below is how Jez describes the 4 parts to delivery:
1. Culture
2. Automation
3. Measurement
4. Sharing

Through automation, we can reduce the cost of making changes to the application and thus enable frequent delivery of software. This enables us to make smaller incremental changes that are less risky than big bang approaches. We want to create a deployment pipeline and automate the entire delivery process from build, deploy, test to release. Provisioning of infrastructure as well as database migrations and deployments need to be also automated so that we can always test in production like environment. All this creates transparency with a complete audit trail from when a change was introduced into source control until it was released into production.

Measurements are key to continuous improvement. We need measurements for all teams.
Are we generating business value? How many new users do we have? How many new orders?
Are we producing quality products? How many bugs are there? What changes are breaking things?
Do we have the right infrastructure? How often does a failure happen? How long to restore service? From these different measures we can decide on what areas need improvement.

All this is a major improvement on the traditional silo in the organizations. By building trust, aligning incentives, building a deployment pipeline, and measuring our processes, we can now eliminate the hardening and stabilization phases that tend to extend project plans. As the 2 groups move closer together, done no longer means dev complete but instead means released and in use. Developers now write production ready code and deploy to production like environments from day one. The conception to production cycle gets dramatically reduced to a matter of days and the business can now receive fast feedback and plan based on real user data.

In my next post I’ll describe how this enables organizations to align themselves around products instead of projects. Stay tuned...

Adapted from  Enterprise DevOps: Breaking Down the Barriers between Development and IT Operations @ADP East 2011
Links to this post

Thanks to all that attended my presentation on Managing Technical Debt at the 2012 Atlanta Scrum Gathering. Below are the slides and notes from the presentation.