A study by energy (http://www.enerjy.com/blog/?p=198) reveals the following: 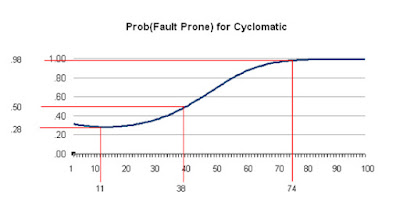 So based on this study and the above graph, shoot for a Cyclomatic Complexity of below 20 per class.